Thanks to all our clients, employees, ex-employees and well wishers

Thanks to all our clients, employees, ex-employees and well wishers. 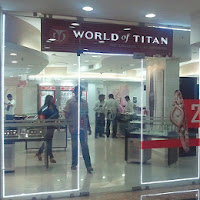 The nation’s time-keeper, Titan Industries, is hoping to add 40 more exclusive brand outlets (EBOs) by the end of this fiscal year, in the country, to add to its current number of 350. It also plans to open 75 smaller format EBOs in Tier-III and -IV towns in the coming year.

According to Rajan Amba, Global Marketing Head, Titan Industries, the company has allocated 20 per cent of its Advertising and Promotion Plan (A&P) budget to strengthen the company’s ‘World of Titan’ chain. “This includes our investments in BTL activities to generate footfalls, advertising for new stores and product launches, new fixtures, and visual merchandising,” he says.

Cricket is still the big thing and Pepsi knows that

Nothing, it appears, can slow the economic behemoth that the BCCI has become. Not falling television ratings, not terminated IPL teams, not alleged financial irregularities or a sluggish general economic climate. PepsiCo’s bid of Rs 396.8 crore to be the title sponsor of the IPL through 2017 almost doubles the value of the original deal with real estate firm DLF and gives the IPL a blue chip title sponsor that already has a long association with cricket.

When DLF decided not to renew their association with the Twenty20 tournament because the deal no longer made economic sense to them, it suggested the BCCI would be hard pressed to find a replacement willing to pay the kind of money they expected. The deal with Pepsi, however, underlines how strong the IPL brand has become and how it continues to attract big ticket sponsors even as companies tighten their belts.

Sports to get kick from e-commerce 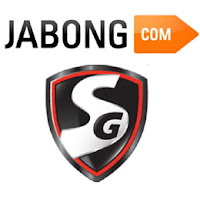 Sports products as a category has been witnessing significant growth as far as online retailing is concerned. This trend has triggered the entry of sportsmen and marketers in this space and launch online product offerings for the Indian consumer. The latest to leverage the potential of ecommerce is one of India’s biggest cricket equipment manufacturers, SG Cricket. The company recently tied up exclusively with Jabong.com to unveil the VS319 range of cricket bats. The collection is inspired by Virender Sehwag’s record breaking score of 319 runs, scored in a test match against South Africa in Chennai in 2008. The VS 319 currently has five variations, which operate within a price range of Rs. 3,199 to Rs. 7,799. 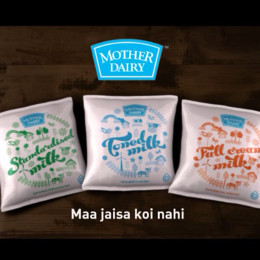 Mother Dairy, which has been a central player in the branded milk segment in Delhi and NCR for over three decades now, is all set to expand its market base in the country. Thus, the company has gone aggressive in its communication and marketing strategy. For instance, it recently introduced its milk packs in contemporary packaging. The six variants of the milk brand, which were earlier differentiated on the basis of colour, are now available in a single colour but with varying designs to display brand uniformity across markets. This has been followed by a new campaign launched in early October.

Created by Ogilvy India, the campaign titled ‘Maa Jaisa Koin Nahi’ is a considerable shift from the existing corporate tagline of ‘Sehat ka Saathi’. Describing the tribute that the brand intends to pay to mothers, Amitava Mukherjee, Business Head, Milk Division, Mother Dairy Fruit and Vegetable, says, “We thought it was time for Mother Dairy to celebrate the biggest part of its name and pay a befitting tribute to the mothers of this country.”

This Business of Trust

Most trusted brands of 2012

Daniel J Boorstin has rightly remarked that “A sign of a celebrity is that his name is often worth more than his services”. Marketers have acknowledged this fact and have roped in popular faces to create instant brand awareness, credibility and aspirational value. In a country like India that is celeb crazy, associating with a celebrity makes a substantial impact on the purchasing behaviour. But what if there is a mismatch between the celebrity and the brand, what happens if a celebrity endorses one brand but is spotted using the other?