Will India go nuts over doughnuts?

The humble looking ring-shaped friedcake or the doughnut, which till now was one of the least fancy items in a patisserie, has found its own special place in the Indian confectionery market. The recent launch of popular US based chain Dunkin’ Donuts in India has turned the spotlight on the gooey fritter.

Moreover, its entry has brought intense competition for Singapore based Mad Over Donuts (MOD), India’s first doughnut chain, set up in 2008. MOD until now had a fairly monopolistic status because except bakeries and patisseries, there were very few exclusive doughnut brands in India.

‘Dough’ing differently?
Though both Dunkin’ Donuts and MOD offer classic, savoury and fruit flavoured doughnuts, have approximately the same number of doughnuts in their range, and are also similarly priced; the two are positioned differently. While MOD claims to cater to all age groups across categories, Dunkin Donuts is positioning itself as a ‘hang out’ zone for the urban young.

Of fans and celebrities 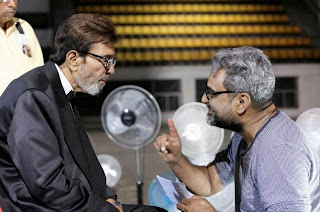 Superstar power: Rajesh Khanna and director and ad man Balki shooting the Havells commercial.It takes courage to use a retired superstar to endorse a brand.

I used to live in Bombay, as that exciting city was called in the late Seventies in my bachelor days, and the star that people died for was Rajesh Khanna, whose famous hairstyle, ‘guru' shirts and trademark tilt of the head were forever etched in the minds and hearts of people. I remember an unsolicited tribute to his personality in a small hotel in Sion where, above the mirror, was a sticker that read, “We know you are Rajesh Khanna, but please don't comb your hair here.” Even in the city that spawned and led the “anti-Hindi agitation” Madras as Chennai was then called, his blockbuster movie Aradhana ran for 100 weeks in Little Anand! People like me who did not know a word of Hindi still hummed his songs hoping against hope that no one would ask us what we were singing. His fans were legion and would die for him. Well, newer, younger stars have taken his place and captured the imagination of today's youth just as much as Rajesh Khanna did three decades ago. One star has been replaced by several and Rajesh Khanna pretty much went into oblivion.

Of a cute kid and a grumpy old man 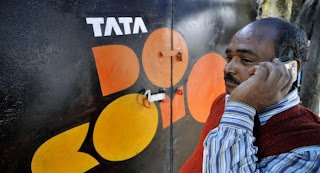 You will realise the truth of my statement if you happen to watch the pre-IPL match telecast (whatever it is called) featuring Navjot Singh Sidhu and the “new, improved” Harsha Bhogle, who must be paid per word as he normally speaks seven words when one should suffice. So, instead of using up valuable words on these people, let's talk about advertising that is either better or worse.