When a crisis befalls a brand, what should the brand ambassador do? 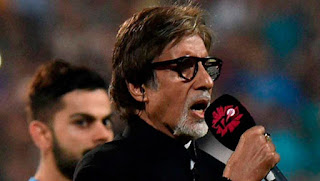 Amitabh Bachchan and Horlicks have been at the receiving end of public scrutiny for a few days now. Nutrition Advocacy in Public Interest, a national-level advocacy group, has written to Bachchan asking him to not endorse GSK Consumer Healthcare’s milk food drink Horlicks.
The advocacy group wrote an open letter to Bachchan after the brand announced its association with the star. The group asked Bachchan to withdraw his association with the brand on the grounds that Horlicks has high sugar content and that its consumption can lead to obesity in children and non-communicable diseases later in life.
While Bachchan has not come out with an official response on whether he will disassociate with the brand or go ahead with the deal, whatever decision he will make is unlikely to impact his brand image much.
Considering his celebrity status and the nature of the controversy, this one is likely to blow over. But what should brand ambassadors do if they find themselves associated with a brand that has landed itself in a controversy?
BestMediaInfo.com spoke to a few brand experts to know their take on the same. 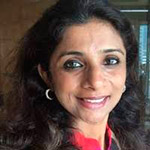 Sharda Agarwal
According to Sharda Agarwal, Co-founder, Sepalika, there are two kinds of controversies: one is where the brand ambassador and the world in general is aware of the ill-effects of the products, for example any cola brand, and the other is when you cannot foretell the problem a brand might fall into, for example the Nirav Modi case.
“Horlicks falls under the first category. The brand is seen as unhealthy by a large section of the people. Here, both the brand and the brand ambassador are subject to a certain level of due diligence. When a brand approaches a brand ambassador it will check whether the person is in sync with the persona of the brand. The same should be undertaken from the brand ambassador’s side as well. It is not just about popularity, a brand ambassador should see whether the brand furthers his/her image as well,” Agarwal.
Agarwal puts the onus of research and background check on the celebrity before taking up an endorsement opportunity and accessing whether the brand fits the ambassador’s personal brand image.
In 2017, Virat Kohli had refused to renew his multi-crore deal with PespiCo on the grounds that the product was unhealthy.
This is in all fairness a preventive measure but what happens when you are already involved with the brand and a controversy breaks out?
Since the 1970s, Nike has been accused of using sweatshops to produce their footwear and clothing items. While Nike initially denied the accusations and shirked responsibility saying they had no control over what happened in factories overseas, the brand eventually owned up to their responsibility in ensuring proper working conditions and remuneration for their factory employees. Beginning in 2002, Nike began auditing its factories for occupational health and safety issues.
For a celebrity associated with the brand during those years, it would have been very difficult to know about the sweatshops till the issue came out in open. In such a case there are a few steps that a celebrity can take.
According to Sam Balsara, Managing Director, Madison World and Madison Communication, if such a situation arises, the ad featuring the ambassador should be taken off air.
“Basically, both the brand and the celebrity should agree that this is a marriage for a limited period of time. But should certain circumstances lead one or the other to come into a controversy, possibly the best solution is to suspend the ad till the controversy dies down,” said Balsara.

Vibha Desai
Vibha Desai, Director, Vibha Desai Consulting, is of the opinion that brand ambassadors should put a clause in their contacts that makes it possible for them to terminate their association with the brand if the brand finds itself in a controversy.
“Once you have signed a contract, there is very little that one can do. The only way to deal with such a scenario is to include a clause in the contract that would make the contract null and void should anything of the sort arise,” said Desai.
While it is easy to ask a brand ambassador to distance herself/himself from the brand it is not that simple once the contract has been signed. But Ramanujam Sridhar, Founder, Brand-comm, said that the ambassador should still dissociate from the brand in order to safeguard their personal image and brand value.

Jagdeep Kapoor
Jagdeep Kapoor, MD, Samsika Marketing Consultants is of the view that just like brands drop celebrities when they find themselves in a quagmire, celebrities too should have the same right.
Snapdeal decided not to renew their contract with Amir Khan because of the actor’s comments on the perceived intolerance in the country. More recently, ABC, an American commercial broadcast television network, decided to cancel the reboot of their show Roseanne after the lead star of the show, Roseanne Barr, made some racist comments on Twitter.
Info@BestMediaInfo.com
0 comments