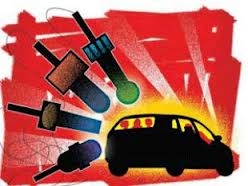 Is India the ‘scam capital’ of the world? It’s a fair possibility given the variety, size and frequency of scams that keep hitting our country! The ingenuity of our scam czars over the years make me wonder if a special award could be instituted like the “king of good scams”. Scams that come readily to mind include Nagarwalla of SBI fame, Harshad Mehta, the big bull who sent stock prices and investors into a tizzy and several interesting projects that bred and nurtured scams like Satyam computers, 2G, the commonwealth games and the most recent chopper scandal. The advertising industry has its own share of scams even if these scams don’t run into billions of dollars or consume reams of space in newspapers and magazines. These scams that sadly occur all too often in the industry serve as hot topics for debate in agency smoking rooms (that have more people in them than they should) and in the pubs that agency people love to frequent, suffering as they do from the misconception that creative output is directly proportionate to alcohol intake. However, the advertising industry in India recently experienced the “mother of all scams”.  The  scam ads created for Ford Figo by JWT India had the industry agog as the agency’s Chief Creative officer Bobby Pawar and several others lost their jobs overnight and everybody in advertising had a point of view on what should be done or what was wrong with them. So here is the view of someone who has spent a small matter of 30 years with this frustrating and yet rewarding business of advertising.

Netas slug it out on social media

Senior leaders of Karnataka open accounts on Facebook, Twitter just weeks ahead of elections, aiming to record the highest hits. Most have hired professionals to manage their profiles. 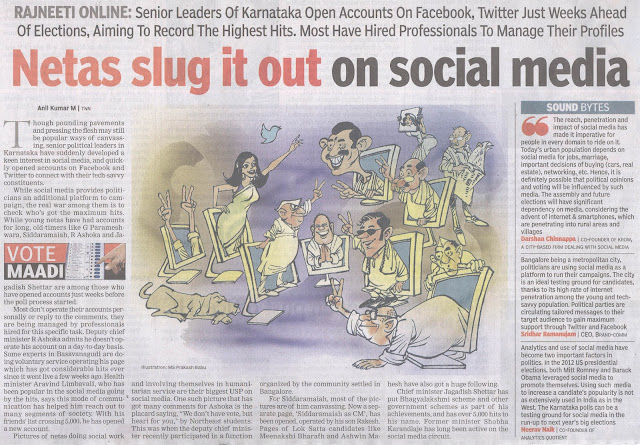 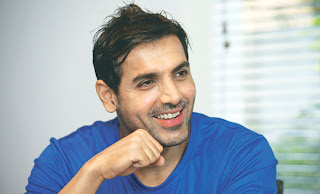 How John Abraham survives in Bollywood, with a combination of hard work, canny marketing and average acting skills, and why he has never endorsed underwear.

He traded his dream of playing football at the national level for the safety of an MBA degree. In that, John Abraham perhaps made the best decision of his life. The actor's decade-long career is built on a series of smart marketing moves that have made him into a brand largely unaffected by his stock at the Bollywood box office.

Brand consultant Ramanujan Sridhar says, Abraham's image as an Everyman is his greatest asset. "What he lacks in superstardom, John makes up in endorsements. He comes across as a regular middle class guy who is successful today, which makes him an aspirational figure among young urban Indians," says Sridhar, who believes this image has been carefully worked on for years.

That social media is a double-edged sword is a fact well established. But the leak of the controversial Ford Figo advertisement and the fiasco around it has reiterated the power of the social media, which brings with it as many risks as advantages.

Advertisers have for long been celebrating the reach of the internet and viral marketing, but the extent of damage the medium could bring wasn't something that has hit advertising agencies on the forehead.

The leak of an ad for Ford Figo depicting former Italian Prime Minister Silvio Berlusconi and a car trunk full of gagged and handcuffed women has created a fury to the extent that the head of the advertising agency JWT India has lost his job over the incident.