Will nostalgia work for Nokia? 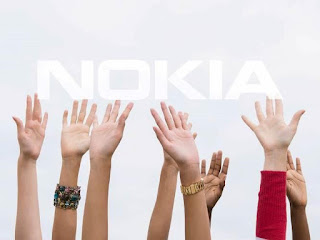 Considering new phone buyers are young millennials, can the handset maker recapture market share?
Last week, I bought a new mobile phone. Now, before you dismiss this news with a ‘so-what’s-new’ flick of your hand, let me tell you — it was a Nokia . And I was very excited about this phone.
But before that, I need to tell you that this is not my main phone but my second phone. Like many diehard Apple fans, my first phone continues to be an iPhone with its ever-dying battery! But back to the excitement. A few months back, I was a judge at a case-study competition in a business school, and the brand being discussed was (hold your breath) Nokia. I heard millennials say that the greatest thing going for Nokia’s revival was the nostalgia factor.
I was intrigued, as I knew for a fact that many people who are currently in their 50s had Nokia as their first phone. As they grew in affluence (and also in waist size), they moved up to the more expensive Nokia models. But I wondered if the recommendation was feasible, considering that the primary phone buyers in India today are youngsters. Would the young user have the same nostalgia towards the iconic brand of yesteryear? But let me tell you my own story.
Remember the mid-nineties?
Even earlier, I had a special affinity for mobile phones. The agency I headed then was responsible for the launch of Birla AT&T (this brand later became Idea) in Pune. Working with the AT&T team was a great experience. If memory serves (and, I must confess, that it is today almost as reliable as the Australian batting middle order), we paid a princely sum of ₹17.88 for a minute of talk-time and ₹8 for incoming!
People used mobile phones primarily to give missed calls so that the recipient would call back from the landline. The generation had mixed feelings about mobile phones, assuming it was a luxury and an encroachment into their privacy, among other things. But amidst all this, one brand stood head and shoulders above the rest — Nokia, with its Indian sounding name.
With Nokia, they could manage to send SMSes and give missed calls. In fact, the brand had, at one point, a dominant market share of over 80 per cent if reports are to be believed. Unlike Motorola which, despite being the inventor of the mobile phone, struggled in India (due to its practice of shipping those phones that did not sell in the US), Nokia actually created phones for India and Indians, which sold like hot cakes.
Here is the ad for one of their top selling models of the past — the Nokia 1100.
Back to the present
So, the weekend before Diwali, I asked my colleagues which phone they would recommend in the ₹15,000 range. I got a number of recommendations like Moto G, Samsung, Redmi and even Nokia. I strongly believe that timing is everything in marketing and, on the same day, there was a huge ad for the new Nokia phone series in the newspapers. I went to Reliance Digital to check out the phones. I must say that the service across the board in retail outlets in India has improved phenomenally — including Reliance Digital. The sales girl kept pushing Oppo, making me wonder if she thought I was PC Sreeram without hair, as she kept talking about the camera.
I asked for the Nokia and ended up buying it. My wife, who is the techno wizard in the family, reassured me that the interface with Google was very clean. Like most husbands, I have this enormous propensity to agree unconditionally to what my wife says and ended up buying the Nokia phone for less than ₹13,000.
Will Nokia succeed?
I know that my forecasts are usually wrong, so I won’t even venture in that direction. But I believe the brand has great equity, at least with older users. It may not be as glamorous as its Chinese competitors or as large a spender as Samsung. But it could be a good, reliable phone that has its own niche in a cut-throat market convoluted by the great online bazaar.
A lot will depend on user experience and how vocal consumers are about the phone and its functions. I am waiting to see how my phone and my favourite brand will perform in the marketplace! 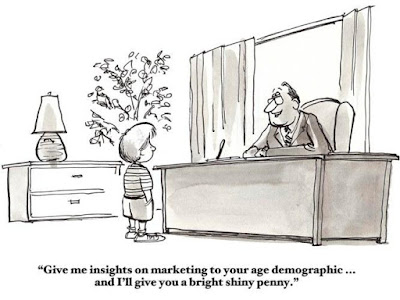 Consumer insights are waiting to be observed and acted upon. The key is observation
It’s no secret that India (particularly, its youth) is addicted to mobile phones. According to Nielsen, the number of smartphone users has risen from 130 million in May 2014 to 180 million in May 2016.
It’s hardly surprising, then, that every mobile maker in China and his brother-in-law is in the country! Whatever be the political tension between these two Asian superpowers, there is no shortage of selfies being taken on Chinese phones in India. Even as the customer beams at the camera, the manufacturers and marketers of the brands in question smile their way to the bank.
If mobiles are growing at such a rate, can services be far behind? The overall smartphone usage has been multiplying, with the Indian consumer spending 178 minutes (on an average) a day on shopping, banking, entertainment, music and other activities.
As a consequence, the mobile services category is one of the most exciting advertising categories to work on today, replacing the Cola of my times, in terms of attraction to creative people.
I’ll give you a missed call
The easiest way to open a conversation when you are in a room full of strangers is to talk about your mobile services. You’ll suddenly discover how the room is full of similarly aggrieved customers, who complain about call drops being worse than Indian slip fielders, networks being as sluggish as the Australian batsmen’s footwork against Indian spin, and a service that is best not spoken about.
In a nutshell, all brands are equally bad when it comes to service. The only differentiating factor is the advertising. So what do you do when you have to advertise a product that is similar in features and service to its competition? You look for consumer insights. And what does is this oft-quoted, yet misunderstood term in marketing, mean? According to brandgymblog, it is: “A discovery about your consumer that opens the door to an opportunity for your brand.”
And just how do you make this discovery? By observing the consumer and playing back your observations creatively to her via different communication media, so that when she sees the ad, she says, “Hey, is this about me?”
How often do we pay attention to something when it is about us? Almost all the time. So here’s a quick jog of your memory to Airtel’s youth campaign that resonated extremely well with the youngsters — every young Indian could relate to the heros and their friends in these ads. Even though the two commercials were aired years ago, they still work.
Oops! I dropped my phone again
One of the most commonly distressing habits of people is their amazing propensity to drop their phones. Samsung latched on to this and offered a ‘one time screen replacement’ for all of us casual, careless mobile phone users.
Here’s a commercial, which has two distracted young men bumping into each other and promptly dropping their phones. One of them is fortunate enough to have a Samsung phone and is secure in the knowledge that the screen can be replaced; the other, unfortunately, can only look on in horrified silence.
As far as commercials go, this probably lacks the appeal of the Airtel commercials you saw earlier. But it does have a powerful insight — of phone dropping — that overshadows the ordinary picturisation and acting of the models.
Not just the ad agency’s responsibility
All around us, consumer insights are waiting to be observed and acted upon. The key is observation. Sadly, many of us ‘see’ without ‘observing’ and ‘hear’ without ‘listening’. Don’t abdicate the discovery of insights to your ad agency — it is your brand and your consumer.
Walk in their shoes, live their life, go through their pains and empathise with them. You will observe interesting things about what they feel, experience and care about. And remember, insights by themselves are useless. They must be integrated with your product or service’s usage. Like the insight about missed calls is brilliant for Airtel, but will not work for Nike.
And this leads me to a slightly uncomfortable question: when did you last have a consumer insight on your brand?
0 comments