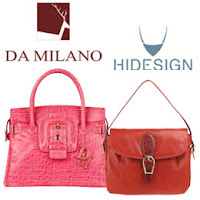 International luxury brands, which were earlier the possession of the travelling elite, now have presence across high streets malls and shopping locales in India. However, among the Diors, Chanels, two Indian brands, Hidesign and Da Milano have managed to carve out their niche place in the luxury handbags market.

Contrary to popular belief, both Hidesign and Da Milano are home grown brands.

Redefining luxury
Notwithstanding the deluge of international luxury bags, both these Indian brands have continued with the same brand values that they started out with; to create products using the country’s strong heritage of craftsmanship.

recently launched global artificial sweetener brand Nutrasweet in the Indian market via its healthcare arm Nirlife. Yes, we all heard it right! Nirma has a healthcare division and in fact the company had forayed into the pharmaceuticals business way back in 2006. Not known to many, the pharmaceutical business of Nirma, has been producing medical products related to the critical care industry, it is now that the company is focusing on a more consumer centric approach with the launch of Nutrasweet. The company also launched a TV campaign, created by Ignite Mudra, to drive home the point that Nirma indeed has a stake beyond detergents.


According to Ravinder Siwach, Executive Creative Director, DDB Mudra the brief given by Nirma for the ad campaign was to launch Nutrasweet in a market that is dominated by Sugarfree. “Sugarfree has almost been synonymous to artificial sweeteners and the remaining few others have failed to make any dent. Thus, we had an insight and a fact. ‘Insight’ was that even if people were not overtly health conscious they like to do what they can for their health. And the ‘fact’ is that Nutrasweet is quite close to real sugar in its taste. Hence the idea of people hesitating in eating everything sweet and Nutrasweet urges them to indulge without a care. Hence the coinage and the refrain ab sweet ban gaya nutrasweet,” adds Siwach. Thus, towards the end of the TVC, the campaign clearly states the parentage of Nirma as the brand that has launched the global brand in the Indian market.

When competition overwhelms the market and brands find it difficult to differentiate on unique attributes or price, it might be a good idea to invest in building a property?

When one thinks of Coke three things come immediately to mind: the Coke brand mark, the iconic bottle and the colour red. These are powerful attributes and provide instant customer recognition when used in combination or even individually. While Coca-Cola has spent hundreds of millions of dollars over decades to build these attributes, their success is not purely a result of time and money. It is thanks largely to the company’s understanding of one of the basic principles of branding — building strong product attributes that work as powerful differentiators.

With a generation obsessed with mobile phones and new technology, the question uppermost on everyone's mind probably is — to borrow a phrase from Samsung — Next is What? That also sums up the way Sumsung has been stoking the consumer’s curiosity before every big launch.

So months before the Samsung Galaxy Note was launched launched in India on November 2, 2011, the company set the ball rolling in the media. Looking back at the strategy, Ranjit Yadav, country head, mobile & IT, Samsung, says a number of things came together to make the launch successful. For the first time in India, Samsung conducted a multi-city event on the same day and at the same time to announce the launch. While the main event was hosted in New Delhi, audiences in Mumbai and Chennai were connected via video conference. This was followed by on-ground consumer events at variousmalls across the country wherein the audience was given the opportunity to playaround with the S Pen and explore the smartphone’s potential.

The king of great moves 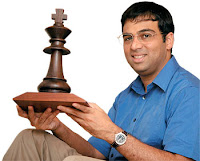 Chess offers good prospects for marketers, who could well be addressing a section of intelligent, high networth individuals in the future.

One evening, last week, as I was returning home after a long and taxing day, my mobile phone rang. “Viswanathan Anand has won the world championship.” My wife's uncle was literally shouting in excitement and tripping over words as he made this dramatic announcement. I hastily moved my phone further away from my ears till his tone became normal. He continued, getting back to his favourite refrain, “You never write about him or chess but keep writing about useless, overpaid cricketers.”

Time for a strategic break-out? 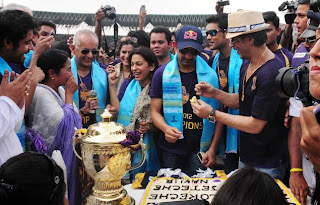 The IPL in its brief yet chequered history has claimed many firsts. One of them is the strategic time-out. This break which the cynic claimed was merely to sell advertising space had logic in its conceptualisation. Teams could huddle, strategise, motivate themselves and come back with renewed vigour. Leading credence to this theory was the fact that batting teams generally lost wickets in the first over after the break. Be that as it may be, the time has come for the governing body of IPL to step back strategically and consider the last few weeks and the learnings thereon to prepare for the future.

For, in a nutshell, this IPL has been like no other. Whether it has been the number of last-ball finishes, tweets by owners about the character of women, celebrities exchanging fisticuffs with security guards, players being suspended for spot fixing, team owners rushing out to remonstrate about umpiring decisions, or a number of prospective teams suddenly losing their way to enable the hitherto lacklustre Chennai Super Kings to make it to the play-off stages, decline in TRPs or a drastic reduction in the IPL's brand's value, you name it – every possible controversy has happened making one accept reluctantly that this has been a season like no other and for the sake of the IPL, one hopes that seasons like this don't happen again.