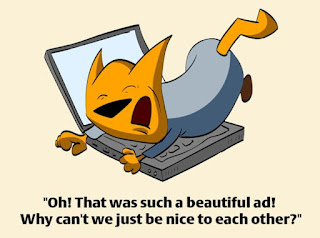 It is that time of year - Christmas, a time of universal peace and brotherhood. Different people have different images of Christmas and yet they are all about peace, togetherness and friendship that cuts across races, religions and languages. Yet even if Christmas is around the corner, the world is going through trauma and personal distrust. Positions are getting polarised as people are unable to look at people with diverse backgrounds with equanimity. Terrorism seems to be rearing its ugly head all too frequently and people sadly look with suspicion at people from different religions and that is a sad commentary of the times we live in. It is in this context that one can see the value of the new Tata Sky commercial which has been set around Christmas and the attendant celebrations. It is a pleasantly shot commercial, lit differently and opens to musicians who are clearly Muslim with their long beards playing Christmas Carols even as the stage is beautifully glowing with warm candle light. It could be set anywhere, a church, a mosque, even a prayer hall. The musicians are playing instruments that are essentially Eastern even if the tunes they are playing are well recognised Christmas carols. The 105 second long commercial for Tata Sky does not have a branding message but entreats people to not give up hope on the human race - just yet. Of course, it helps that Tata Sky has its own channels to keep playing the commercial unlike say other advertisers.

We must remember too that today many commercials are produced for longer durations despite the media cost being prohibitively high because they are created primarily for YouTube. Everybody wants to create videos that can become viral and this commercial has succeeded in its attempt probably because the timing is right as it reminds us of the need for universal brotherhood at the time of Christmas.

Two nations who need to communicate
India and Pakistan have had a disturbed relationship and even the halting attempts to get closer together have been compounded by stray incidents. While it is easy to blame it on politicians or the other country there is no denying the fact that there is a problem between these two neighbours who till 1947 were a large, undivided nation. The premise is that the people of these two countries actually are fond of each other and are separated by borders and restrictions imposed by hostile and suspicious governments of these two countries. The man on the street wants to understand what is happening across the border and realises that people are the same wherever they may live and they have commonalities with people who live across the border, and this is precisely what Coca Cola does in this elaborate video where they created a machine that enabled people to do things like placing hands, dancing and demonstrate their emotions which are similar to those depicted by people across the border. Of course we must remember that Coca Cola is sold in both countries and the brand was reaching out to consumers and prospects with this feel good message and long video primarily created for YouTube and sharing.

Airtel, the largest mobile service operator in the country too did a commercial with the same theme though it was more of a television commercial rather than a demonstration video like the Coke effort. It features two small children living on different sides of the border who play football together and addresses and reinforces the fact that barriers are man-made and people are bound by common interests like football.

Efforts like this are not necessarily new and my mind goes back to 1988 and one of the most popular commercials of that time in “Mile Sur Mera Tumhara” which was a classic in my early days in advertising. Watch the commercial featuring some of the biggest singers, actors and celebrities of that time. The thought was that despite India being a land of diverse people, religions and languages, Indians are essentially the same and have a lot in common.
https://www.youtube.com/watch?v=-jf6pwtPqCs
Again, the need for something like this was quite high as the nation was recovering from differences between people from different religions resulting in violence and loss of life.

Is there a better way?
Clearly “feel good” advertising has a role to play. It works better when it is topical and when people are more inclined to receive the message. In my view it would be better for brands to not do isolated pieces of communication on random subjects but create on one theme which is perhaps linked to their CSR. This would enable brands to build on the relationship with their CSR and try to own it. It is important for companies to demonstrate that they have a heart and are willing to put money behind it.

What is your company’s cause and what are you doing about it?
0 comments

Do crises present a marketing opportunity? 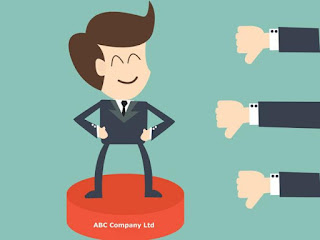 When a firm does good for society during a crisis, it should hold back on the publicity


And finally as the sun comes out in all its glory in a beleaguered and half swamped Chennai, journalists too are busy analysing what was right and what went (mostly) wrong during the recent catastrophe. Even I had to start thinking about this when a journalist asked me the following question, “Is it right for companies to take advantage of a crisis and use it as an opportunity to build their own image or further their marketing efforts?” Actually, it is not an easy question to answer but let me at least try. First, we need to acknowledge that whatever happened in Chennai, a fortnight ago was the “mother of all crises”. It literally took us by storm and please forgive the pun. It affected rich and poor alike and more significantly affected all companies in more ways than one as both their employees and their customers were affected with varying degrees of difficulty. While everyone was universally appreciative of individuals who gave money or took to the streets to volunteer or rushed to the city to help from other centres, companies that went  to help strangely did not meet with the same undivided approval and appreciation they deserved and that is precisely  what we will be  debating in this piece.
Helping or capitalising?
Different companies got into the act with an immediate sense of urgency. Zomato offered a free meal if you ordered one, Ola and Uber offered ferrying and free cab services whilst Cognizant offered an amount of Rs.260 crores as relief.

Of course, we should not forget the fact that the social media sites like Google and Facebook were invaluable in reaching out to people who were in trouble and released “safe” messages to the enormous relief of friends and well-wishers in distant places.

The mobile services too offered free recharge though in the same breath one must say that the average mobile service user in Chennai  was completely irritated and annoyed at having been let down by a struggling mobile service network which was groaning and finally gave up at the most crucial times. While all of these had beneficial effects as far as the struggling population was concerned, the response to corporate help was mixed at best. Zomato was violently criticised in social media and the CEO too responded making it a free for all in social media as the company felt that it was unjustly and unfairly being singled out despite its humanitarian efforts. We are being needlessly attacked said the companies, by arm chair critics and advocates of ethics who are secure in the comfort of their own computer screens and who are not doing the slightest to help people in this hour of need and distress they claimed. That too is reasonable as we all know talk is cheap.
http://www.exchange4media.com/digital/zomato%E2%80%99s%E2%80%98meal-for-flood-relief%E2%80%99-campaign-draws-flak-on-social-media;-brand-takes-on-its-detractors_62621.html?utm_content=buffer55fca&utm_medium=social&utm_source=twitter.com&utm_campaign=buffer

So is there a right way?
So what is the right thing to do and say in situations like these? There is no disputing the need to actually do something at the grass roots level and fast. It is what follows by way of communication that seems to be the question. Should companies immediately send out a press release even as they send the relief truck? Should they immediately start preening that they are good corporate citizens who care for society and afflicted humanity? I can understand companies saying that we are doing is something that is real, on the ground and tangible. They are not making forward looking statements of what they are going to do. Whilst that is justified I merely have a problem with the timing. If the company steps back for just one instant and asks itself a simple question, “why did we do this, for the publicity or for helping people in distress?” The answer will present itself almost immediately. Many of us have heard vaguely of the Bhagawad Gita and it seems strange to talk about it in management circles. But what does it say? Just do your duty without worrying about the fruits of the action. How relevant is that message in this moment of crisis when multiple choices present themselves. Should we be loud and in your face when the whole world is mourning and struggling? It all boils down to the timing and if you ask me now is not the time to seek publicity.

What sort of company are we?
Companies should reflect on their own long term image objectives. Yes we want to be seen as a company with a heart; yes we care about our fellow human beings. Yes we will put our money where our mouth is and yes we will wait for that press release. After all let us remember that building corporate image is a process not an event however attractive the opportunity to shout seems at the moment.
Think about it.
0 comments