Who is your brand's custodian?

Wrestlers endorsing brands on the mat after Olympic tackle

The new found fame of internationally acclaimed Indian wrestlers might be in commercial peril as talks signalling the demise of the ancient Greek game wrestling from the Olympics progress. According to marketing experts, the proposal to remove the sport from the world’s most celebrated athletic event may hold back companies from tying up or renewing endorsement deals with these wrestlers like Sushil Kumar and Yogeshwar Dutt, who have emerged from small towns as national brand icons.

While Kumar has represented for brands like Mountain Dew, Eicher tractors and National Egg Coordination Committee, Yogeshwar Dutt has been the government’s face in public awareness campaigns.

CHENNAI: After a year's relief, advertising by FMCG companies is back, and with a bang.

So you want to be a Brand?

Can a person be a brand? Definitely Yes! 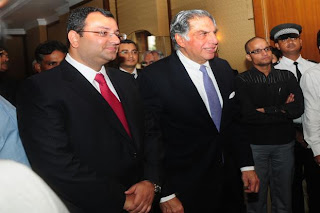 Signalling a generational shift at the helm of the 145-year-old Tata group, chairman Cyrus Mistry has initiated fresh changes in the senior management as he goes about putting his stamp on the salt-to-steel conglomerate after taking over from Ratan Tata, who retired in December.

Mistry, 44, is not only hand-picking members of his A-team with a clear emphasis on youth, but is also creating new positions to ready the $100 billion (around Rs.5.3 trillion crore) group for the next level of growth.